Tourism insiders at the annual World Travel Awards Africa Gala Ceremony are celebrating in Kenya this evening after the winners were revealed at the Safari Park Hotel & Casino in Nairobi. 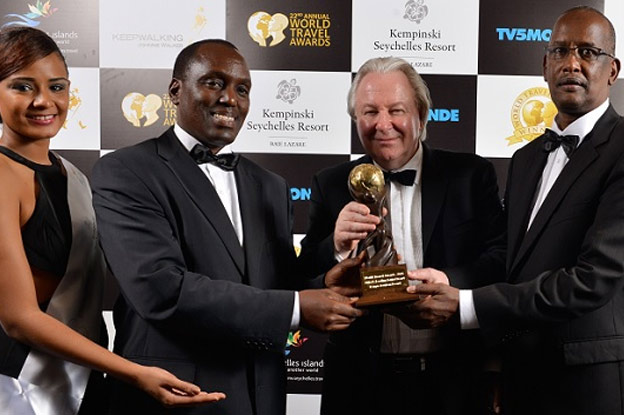 Hundreds of travel leaders from across the continent were in attendance, as the best travel, tourism and hospitality organisations were recognised for their outstanding achievements.

World Travel Awards president Graham Cooke said after the show: “Tonight has been a fantastic achievement for everybody involved.

“Without the tireless support of Kenya Tourism Board over the past 12 months, and Safari Park Hotel & Casino here in Nairobi over the past few weeks, this event would simply not have been possible.

“I would like to congratulate all of our winners this evening, and wish them the best of luck in the Grand Final later this year.”

World Travel Awards Africa Gala Ceremony was the final stop of the Grand Tour which has already taken in events in Dubai, the Malpes, Peru, Turkey, and Antigua.

Winners from each of these events will now proceed to the Grand Final, which will take place at La Cigale Hotel in Doha, Qatar, on November 30th.

This is the 20th anniversary of the World Travel Awards, with the programme having grown to become the respected accolade in the sector.